Main Dealers for McCormick, Weidemann and Pottinger for Shropshire and beyond.

With a huge choice of models ranging from 43hp on the X2 Series right up to 310hp on their range topping X8 Series, whether your business is farming, contracting, in the amenity/municipal sector or you are just a smallholder, there’s a McCormick tractor that’s perfect for the job in hand.

The McCormick brand has throughout its entire history always stood for quality, innovative products with the emphasis on being a powerful workhorse that gets the job done in even the most demanding of conditions.

The McCormick Tractors range also benefits from having DATATAG fitted as standard meaning with each new McCormick tractor you can now enjoy lower insurance premiums and your machines are less likely to be stolen.

“All new McCormick tractors will be registered with CESAR, the construction and agricultural equipment theft deterrence and vehicle identification scheme, free of charge”.

For more detailed information on the McCormick range of innovative tractors go to the McCormick UK website or contact our sales team who will be glad to advise you on the most suitable model for the job in hand.

As McCormick approved dealers since 2008 for North Yorkshire, we have a wealth of experience on these fine tractors.

The current model range consists of: 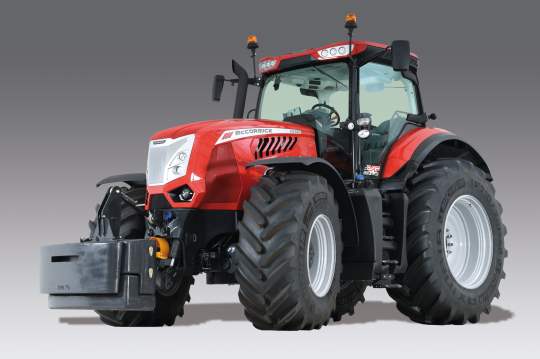